Autism brings out the best in people. Meet Brian and Brian. 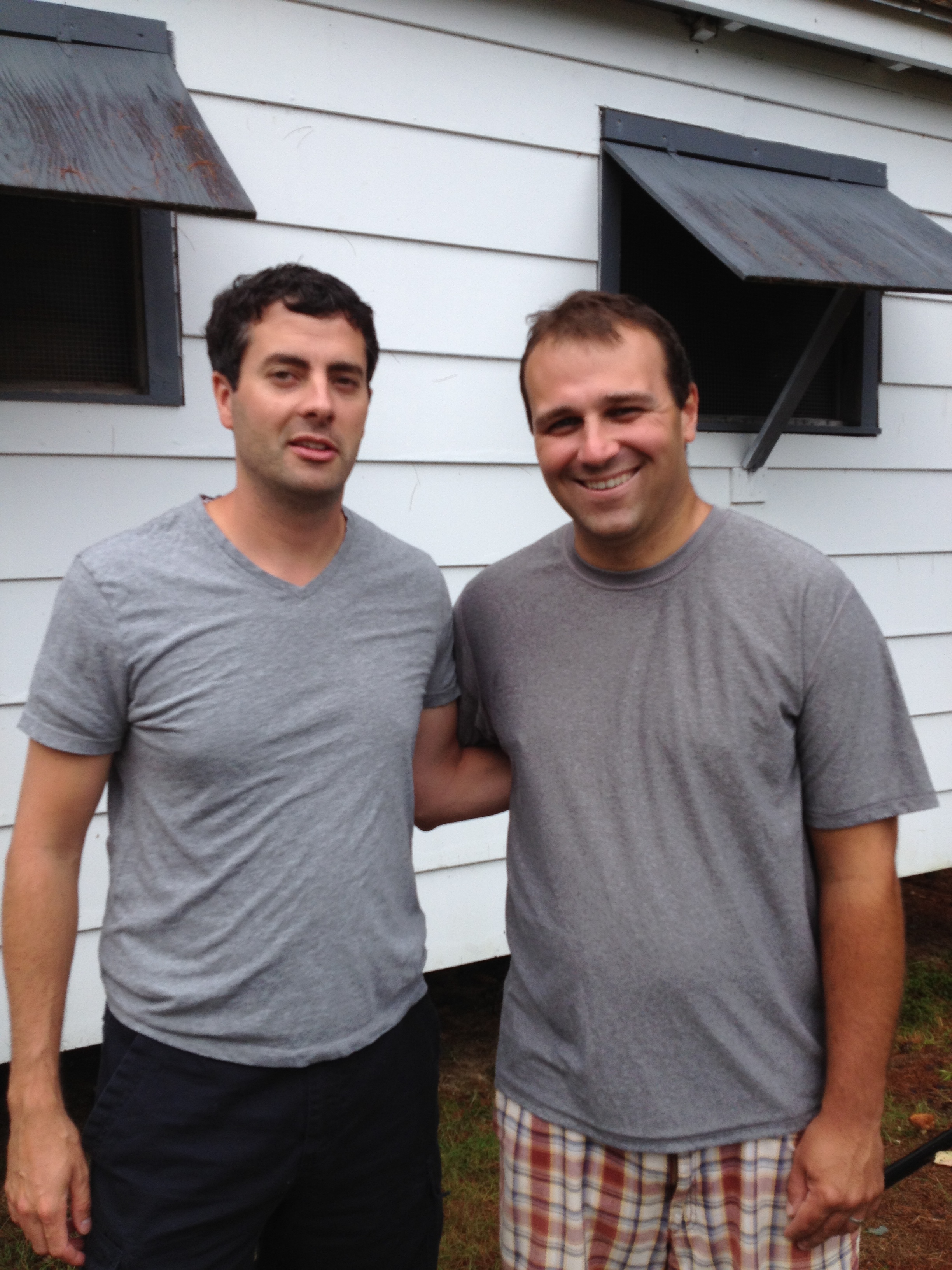 They’re thirty-something’s with families of their own – Brian on the right was even a newlywed – who took a full week off from their lives to be one-on- one camp counselors to my W. and J. Talk about embodying Christian love for your fellow man. It still makes me tear up, to think two strangers set aside their lives, without pay, just to ease the burden of someone they never met- with a disability whose challenges are unpredictable and often unsavory.

Wow. Would i have the capacity to love and give so freely?

Camp as it turns out was a fabulous experience for the boys. Each bedtime without them I wondered if I’d get “the call”- that they had run away in the night, or that Captain Underpants had pitch-tossed his briefs one time too many. Instead apparently my guys were easygoing, happy, tried new things and were “well-mannered.” The latter certainly was not an adjective I’d ever applied to my brood.

J even did what I had stressed about and prepared him to do for four months: take a stand-up shower instead of a tub bath. Since camp only had a shower house, he had no other choice. We gradually desensitized him with our hand held, European shower head. Camp also helped us by having someone go take a photo of the actual shower stall and fixtures, then email it to me, so i could make it into a social story. I didn’t want the shower to be the epicenter of the week so i filled the story with other cool things to do there: swim, boat, roast marshmallows, have campfires. We read the story over and over, at school and at home.

On shower day Brian told J his Mom would be so proud. I hope J heard him, and beamed like he does when I say that.

One Brian told me you could tell W and J were raised well. I tucked those words and memory of that moment in my heart, for forever-keeping. I’m not sure he’ll ever know how much that meant to me.

Day to day, it’s hard to see that your kids with profound disabilities are making progress. Then the wind whispers, you let go of their hand, and they walk off beyond you, to where they’re meant to be. Which, amazingly, is more capable than when they left you.