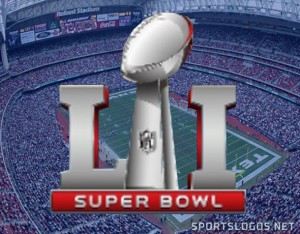 Even if you’re a New England Patriots hater – and I’m amazed how many there are – last week’s Superbowl LI holds lessons for every breathing human. Particularly autism parents.

A “Patriots All-Access” broadcast of the self-talk that coach and quarterback had shows how they did it. Every one of us autism parents needs to go watch this. The team self-talked itself into believing – and do what no one thought they could.

Their performance was awful – terribly flawed. They bungled just about every touch of the ball. Conventional wisdom, historical comeback performance, and odds-makers counted them out. Erstwhile fans left the stadium or turned off the TV.

Yet they kept saying the same seemingly trite phrases over, and over. It was like ABA 101 – or a yoga mantra, guiding their focus. And it wasn’t just Brady and Belichick, even if the camera was on them. An entire team of assistants, helpers and benched talent were as one, with the same mantra – propelling those actually on the playing field doing the work.

For TwinMom’s family here, there are so many parallels. This week we’re struggling to shape Will’s new-found OCD-isms that aren’t life-threatening but just not tolerable, where everything ends up removed or in the trash, including car keys and wallets – and of course remembering to wear pants. That doesn’t even count the still-undone work of helping convert his passions into meaningful employment. Jeff’s house painting abilities indeed show promise but teaching him to look at detail, and paint it thoroughly and accurately, still requires work, particularly with his tendency toward distraction. Breaking down each still to be learned task requires micro-precision in identifying what’s needed, and thinking through to the core skills that must happen, takes time and is frustrating.

The tacit naysayers of the world, who see employment as only the province of certain capability levels, or see the list of items to be achieved prior to any goal – the ones who want to set the bar low, so they’ll achieve it – they were the ones that left the stadium in the third quarter, and wrote it off as a loss.

We autism parents – we’re in it to play all 60 minutes, plus. We don’t give up. Certainly we get tired, take vacations, and cry at times. It’s hard work and it never happens on days we’re rested and have free time. Yet I hear myself talking the self-talk of victory all the time. We, all of us, try to say it loud and strong enough that the caregivers, the day program staff, the DDS social workers, and our team on the sidelines hear us. And to find and foster teammates who also believe as we do – that with focus, repetition and patience, amazing feats are ours. I think back to a wise SPED director’s remark about how the boys learned to tie their shoes. “It might take 4 years or practice, and seem like it’s not happening, but never know if the next day is the one it all comes together. And I don’t want to be the one to stop working on it.”